Donate with honor, not to a sham charity

Would you donate to a charity called Help the Vets? What about if you get a robocall that asks you to donate your car to “Veterans of America?” Unfortunately, just because the word 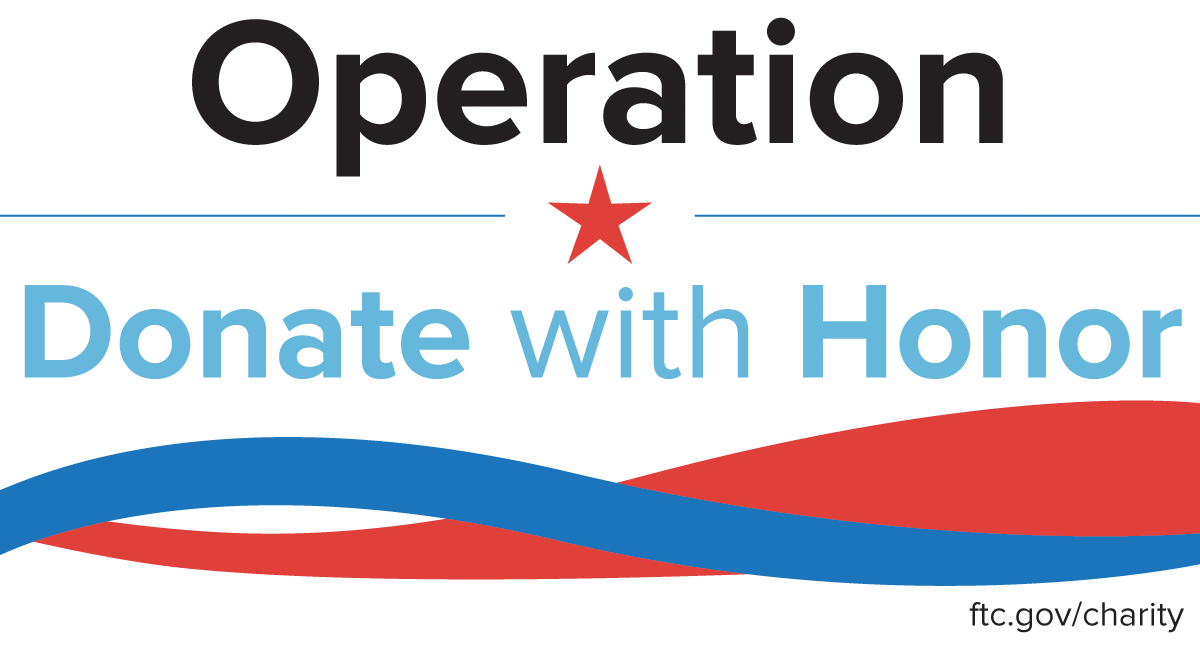 “veterans” is in the name, it doesn’t mean that an organization actually helps veterans.

For example, Help the Vets didn’t help disabled and wounded veterans as they said they would. And, the FTC sued Veterans of America alleging that the organization wasn’t a charity at all – it was just a front used by an individual who sold donated cars and boats and kept the money. (The FTC has not taken action against other entities called Veterans of America, Medal of Honor, or similar names.)Today, the FTC and its state partners announced that they have taken action against these and other schemes as part of Operation Donate with Honor, a nationwide law enforcement and education initiative to stop veterans-related charity fraud.

Charity regulators from 70 offices, including every state, DC, Guam, American Samoa and Puerto Rico, joined the FTC in this initiative. Collectively, they announced more than 100 law enforcement actions against veterans-related charities and fundraisers. This unprecedented joint effort signals that charity scammers who prey on Americans’ patriotism and generosity should beware, law enforcement is watching ― and taking action.

But donors need to beware too. You don’t want to donate to a fake charity; you want your donations to go to the many great charities that actually help veterans in need. Watch this video from the FTC and the National Association of State Charity Officers and get tips on how to do some research and avoid giving money to a veteran charity scam.

Nilepath
Can you publish names of fake charities against whom actions are taken? It will help contributors
FTC Staff

In reply to Can you publish names of fake by Nilepath

You can view a list of the enforcement actions.

Carolyn H
I could not play the video on this page. I could not share the post.
MeMe

The video did open for me, FYI. Disgusting how people, in essence, steal money that could have gone for good. Thanks FTC.
felisareciojdll
Thank you! Good! I hope they and others stop publicizing in Internet.
jt116v
Check the charities.
cpolee
Thanks FTC /Rosario. I've been using Charity Nav. but it's nice to know about other resources out there to help me contribute safely.
tired of the calls
I just a minute ago received another charity call from a supposed trooper charity. The caller ID though was a local grocery stores name. When the caller conducted his spiel, I waited and asked why the ID said it was a grocery store... I was then clicked to another person who would not answer my question but tried to give me an 800 number to call. I told them to have a good day and hung up. It is frustrating that having an unlisted number and on the do not call list does not slow this down. But, as the article tells you be sure and check your charity donations are not going to a scam, as always buyer beware.