Faking it — scammers’ tricks to steal your heart and money

Not everyone using online dating sites is looking for love. Scammers create fake online profiles using photos of other people — even stolen pictures of real military personnel. They profess their love quickly. And they tug at your heartstrings with made-up stories about how they need money — for emergencies, hospital bills, or travel. Why all of the tricks? They’re looking to steal your money.

As if all that isn’t bad enough, romance scammers are now involving their victims in online bank fraud. Here’s how it works: The scammers set up dating profiles to meet potential victims. After they form a “relationship,” they come up with reasons to ask their love interest to set up a new bank account. The scammers transfer stolen money into the new account, and then tell their victims to wire the money out of the country. Victims think they’re just helping out their soulmate, never realizing they’re aiding and abetting a crime.

Here are some warning signs that an online love interest might be a fake. They ask you to:

Did you know you can do an image search of your love interest’s photo in your favorite search engine? If you do an image search and the person’s photo appears under several different names, you’re probably dealing with a scammer. And if the person’s online profile disappears a few days after they meet you, that’s another tip-off.

Here’s the real deal: Don’t send money to someone you met online — for any reason. If your online sweetheart asks for money, you can expect it’s a scam.

Unfortunately, online dating scams are all too common. There may be tens of thousands of victims, and only a small fraction report it to the FTC. If this happens to you, please report it at ftc.gov/complaint — click on Scams and Rip-Offs, then select Romance Scams. 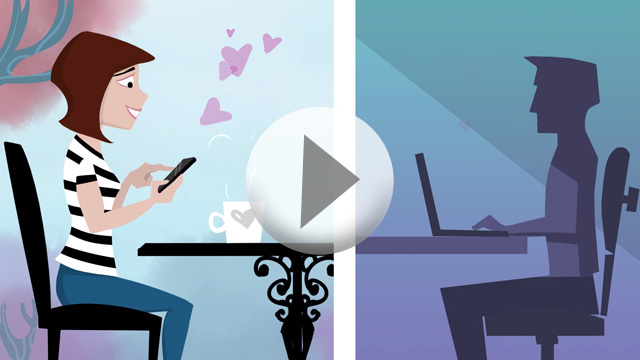 Jesse
I’m a widow I lost my wife two years ago to a car accident and I have been single since then Scam or legit?
whateverbena2

In reply to I’m a widow by Jesse

dont buy it i had a guy George Willams claimed to be a eye surgeon and is in israel helping out there been there 3 yrs with another 3 yrs said i can write a letter to whoever and get him to the states so he can come be with me his vacation time was all used up due to his wife dieing and his child in car crash. they will tell you all sad stories to get you dont do it there scamming and some dont ask for money right away we talked for 5 months then he started and wanted to send me 955k from when he was in turkey and put money in an holding acct and he cant get it there are closeing down and everyone needs to get there money. so he wanted to send it to me and hold till he can leave and pay for his vac to leave 2800 to 3500 i reported blocked and deleted rt away, good luck take care so much more but hope you find out what you need oh and he was useing a real doctor on his profile and all fb instagram whatsapp ans hang out and all emails..plz delete whoever they are.. scammers..
Anonymousoct
Is asking them for a selfie of them holding a piece of paper with your name and date bad
De

In reply to Is asking them for a selfie by Anonymousoct

I actually did that to two of the scammers that tried to talk me up. All of a sudden it was a "security risk"... They have been sending me other photos before but they were clearly not ones I would have considered legitimate or on the same person
Dontme
Hi. Is there anyone encountered the name Lamly Chenghoon? He said he is born and raised in UK but he is a Korean. And he works as a Civil Engineer. I can send you photos of him.
anonymous

In reply to Hi. Is there anyone by Dontme

I also encountered him last October. same description with what you have mentioned. Are you still chatting with him?
Curious

In reply to I also encountered him last by anonymous

I really think it's the same person that I was talking to. To bad we can't compare pictures.
Mirai

In reply to Hi. Is there anyone by Dontme

In reply to Hey guys, by Holy_scammers_batman